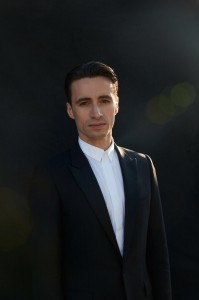 Sujet of the Paris Opera Ballet

After several successful creations for the Paris Opera’s “Young choreographers” evenings, Sebastien was selected to participate as one of the four chosen choreographers in the 2016 Paris Opera choreographic Academy, a two years residency for choreographers founded by Benjamin Millepied, under the artistic direction of William Forsythe.

This is where Sebastien was commissioned to choreograph for the school of the National Conservatory of Paris (CNSMDP), and where he initiated collaboration with artists like videast Ange Leccia, and artists from the field of fashion like Laetitia Casta, Haider Ackermann and Yiquing Yin.

At the end of the program William Forsythe appointed him as assistant choreographer for the restaging of his ballet Approximate Sonata, and the Paris Opera Ballet commissioned him his first creation for the company called: Renaissance, in collaboration artistic director of Maison Balmain Olivier Rousteing, on Mendelssohn Violin n2.

He has also completed a Master’s degree in Arts and Politics from Sciences-Po Paris, and obtained a state diploma (D.E.) for teaching dance.

In January 2019 he was invited to show his work by the Villa Medici – Academy of France in Roma, and he will creates a new piece for the Roma Opera Ballet in March 2019 on Philip Glass’s Tirol Concerto for piano & orchestra, with a costumes creation by Maria Grazia Chiuri for Dior. The same evening will feature works by Benjamin Millepied and Jerome Robbins.

In 2019, he created “Utopia“, his first full length creation,  inspired by Rudolph Von Laban and the Monte Verita community. A creation commissioned by the ORIGEN Cultural Festival, on a music by Jon Hopkins, and a costumes creation by Maria Grazia Chiuri for Dior.